Posidonia oceanica plant characterized by ribbon-like leaves organized in tufts. The leaves originate from a modified stem called rhizome from which the roots that anchor the plant to the substrate depart. The rhizome can develop parallel or vertically to the substratum, in the first case we speak of plagiotropic rhizome in the second of orthotropic rhizome. It forms dense prairies mainly on mobile substrata but occasionally also on rock, from the surface up to more than 40 m deep, depending on the clearness of the water. It withstands wide variations in temperature, from about 10 to 28°C, while its development is limited by the amount of available light and salinity, in fact, it is not very widespread in turbid waters and in lagoons or near river mouths. Perennial and secular plant which reproduces both vegetatively and sexually. The flower axis carries from 1 to 4 spikes, each with 3 hermaphrodite flowers. From the fecundated flower originate the fruits called "sea olives" which, as they ripen, change from green to red to brown, developing oily products in the pericarp which favour the floating and therefore the dispersion. Endemic species of the Mediterranean, whose distribution is limited to the coasts of this basin. The other species of the genus Posidonia are endemic to Australia and their common origin supports the theory of the continental drift and the existence of the primordial sea Tethys. Protected species of the Community directives is of fundamental importance for the marine ecosystems and for the protection of the coasts. 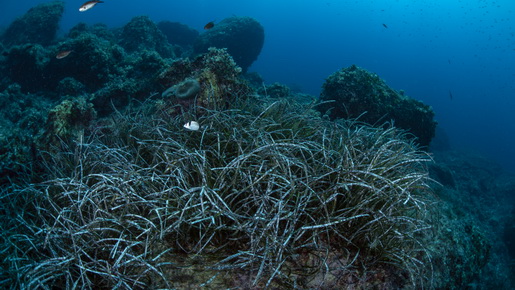 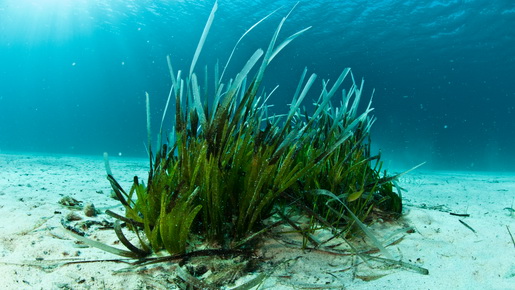